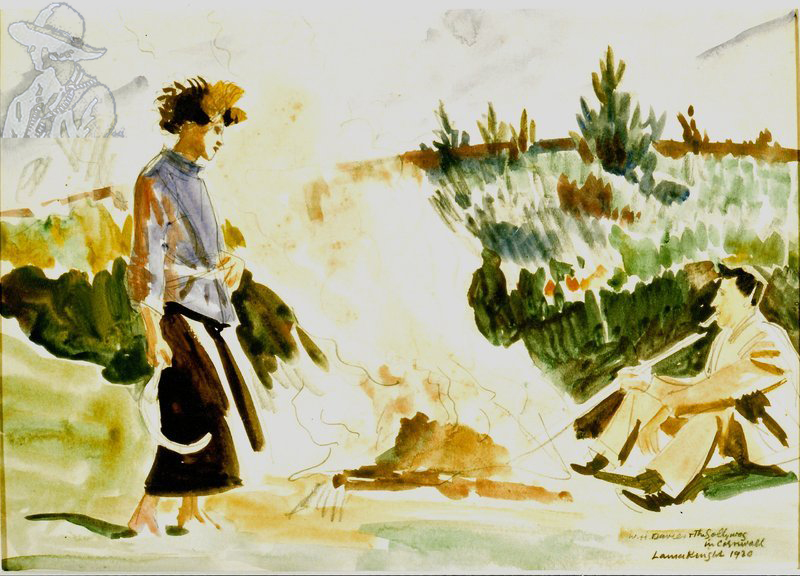 William Henry Davies: 1871 – 1940 Welsh poet and writer spent a significant part of his life as a tramp and vagabond in the USA and UK and became one of the most popular poets of his time.

In was in Canada on his way to Klondike to seek his riches, when he attempted to jump a freight train at Renfrew, Ontario with a fellow tramp called “Three Fingered Jack” he lost his footing and his right leg was crushed under the train, such that it had to be amputated just below the knee and had thereafter to walk with a wooden leg